There is a legend that goes something like this: Lord Leofric and his wife, Lady Godiva, ruled in Coventry. Lord Leofric was a hard man and heavily taxed his poor subjects. His wife, on the other hand, was kind and compassionate toward those less fortunate than herself and was greatly loved and admired by those same subjects. 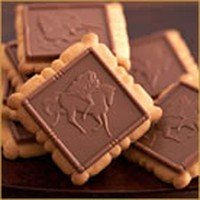 When she protested her husband's harsh taxation, he set before his beautiful wife a challenge: Ride naked through the streets of the town. If no one looks her way, the tax will be lifted.

A very modest, yet stunningly beautiful woman with luxurious, long hair cringed at the very idea of such a thing. However, as always, putting the needs of others before herself, she agreed.

On the appointed day, the villagers stepped inside their homes and shuttered their windows. The great Lady dropped her gown and mounted her steed. Galloping through the town, not one eye looked her way and the challenge was met.

Ever the honorable man, Lord Leofric kept his promise and lifted the taxes on his people. The image of this generous woman continues today to represent beauty, grace, integrity, and purity. 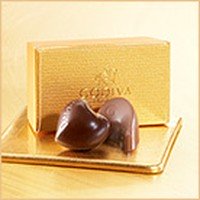 In 1926, a man called Joseph Draps began a modest business Godiva Chocolate in Brussels, Belgium. He had developed a unique recipe for producing the most smooth, richest flavored chocolate around. Then, he molded that wonderful product into beautiful shapes of purest chocolate with classic detailing.

Seeking an appropriate name for his business, the chocolatier latched onto the most gracious, beautiful, svelte image imaginable: Lady Godiva. The embodiment of the crème de la crème.

Belgium at that time had the reputation for offering the finest chocolate available making it the perfect spot to begin a fine chocolatiering firm. Eventually, Joseph Draps expanded into France, Great Britain, Germany, and Italy.

Draps opened his first North American store in Philadelphia, PA, in 1966 and followed with a New York, NY, store in 1972. Currently, there are more than 275 stores throughout North America.

As Godiva Chocolatier(Godiva Chocolate) moved into North America, they also ventured into Asia. At last count, these fine chocolates could be found in local boutiques in over 80 countries. 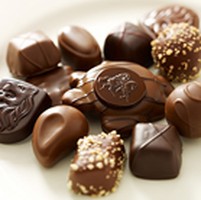 Using the term “Boutique” serves to elevate these fine products to a higher level of luxury than the typical household-variety chocolates which are mass produced and thus less expensive for the average consumer. Make no mistake, this is one classy product with a reputation and price tag to match.

Having come a long way from the cobblestone streets of Brussels, the closely guarded secret recipe remains the same as when Joseph Draps first developed it and the quality and integrity he established for his firm also remain unchanged.

To this day, Godiva Chocolatier embodies the genteel image of that lovely Lady for whom it's named.

Head make to the top of Godiva Chocolate